She’s giving away 1 copy each of Timeless and Your Heart, My Soul, to one lucky winner. To enter the draw, simply leave a comment and your email address. 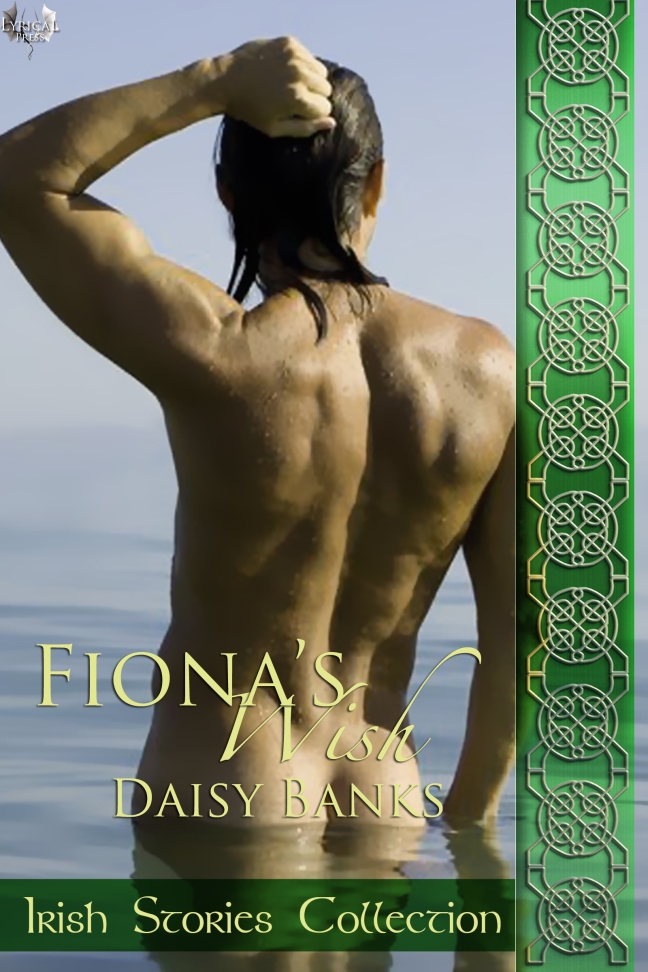 Left shattered by her lover, Fiona Murray believes not one good man lives on this planet. She leaves civilization to work on a lonely isle off Ireland’s coast.

When lonely Selkie Ronan hears Fiona’s passionate call, he can’t help but answer her. She is all he desires, and for her, he will leave all he’s ever known–the deep blue sea. But Fate and the sea are fickle mistresses, and want him back. Will he find the strength to surrender all he is to be with Fiona?

And can Fiona, knowing her destiny without him, let him live the life he deserves?

This book cover remains one of my favorites for many reasons. Even on a winter’s day this cover reminds me of the heat of summer and the joys of swimming in coastal waters. I simply had to share it with everyone involved with July Fever.

To me, summer is a time travel, to discover new places, enjoy fresh experiences and make new friends. There is nothing about summer I don’t enjoy. I love the early dawns, the birds singing to welcome the day, and swallows swirling and diving as they mate on the wing. The heat of mid-day makes me wish we had the tradition of siesta in the UK. Whenever I’ve traveled to Spain or Portugal, I’ve found it very easy to slip into the pattern of napping through the high heat.

Best of all are long and hot summer evenings where the temperature holds up as the first stars appear in the lavender tinted sky.  I spent some time in the southern hemisphere, and how I missed twilight while I was there. Night always came with a bump to blot out the day. Twilight is a delight, the time for the sensual pleasure of a garden full of scented blooms, for quiet conversation as the bats hurtle around like bandits stealing nectar, and for my husband and I to recollect why we are together.

I tried to capture the sense of summer adventures in my story Fiona’s Wish, where the heroine finds a wealth of new experiences with a wandering Selkie, who becomes the man of her dreams. Summer is always over too soon, is a transient joy to gift us with memories to warm us in the darkness of long chill winters. Fiona too finds the memories she’s made her pleasure and hope for the future.

Here is an excerpt from Fiona’s Wish.

Heart beating as swiftly as her barefoot steps, she dashed down to the beach. The surf rolled in, and her man waded in the low waves toward her. Her breath lodged in her throat. God, he was so beautiful.

Speckled with water droplets, his smooth skin glistened in the afternoon sun and made her fingers ache to touch him. He moved fast, gorgeous muscles flexing as he increased the speed of his steps. His smile lured her forward and desire rose in a volcanic rush.

She caught him and wrapped her arms around him, tilted her head to accept his kiss. The shard of knowledge that this magical happiness was ephemeral vanished when he found her lips with his. Nothing else mattered.

Curling her fingers in his damp hair and cradling his head, she opened her mouth to let his tongue tease hers. He pressed his hands against her, palms spanning her back so his chest flattened her breasts. The contact, sheer heaven. She draped her arms around his neck, sighing out a deep breath, reveling in his magnificent perfection. He lifted his mouth from hers and gazed at her, his slow, enigmatic smile rising to his compelling eyes. “I missed you.”

Scooping her up into his embrace, he held her tight.

“I almost imagined you wouldn’t be here. I don’t think I’ve ever been more afraid in my whole life,” she said. All afternoon the fear she’d find the cove empty of anything but sand and gulls when she returned had nagged. “Promise me you won’t simply leave? Promise me a goodbye when the time comes?”

He set her down in the shallows, and cupping her chin, looked at her. His eyes had darkened to become as sorrowful as a winter sky. “I swear it.”

She tried to smile but couldn’t. The lump in her throat nearly choked her.

“But don’t let’s talk of parting now. We have time together, days to love, to make memories to last forever.”

His kiss whispered over her cheek and she pulled him tight against her. “I need you,” she said.

“Let me show you how much I want you,” he said, lowering himself to his knees, taking her down with him.

A rising flutter of excitement stole the reality of the afternoon, and instantly, the heat of anticipation glossed between her thighs. He tugged her shirt off. She lay back in his embrace, rills of sun-warmed water washing over her feet. He yanked at her skirt until she could disentangle herself from it. “Don’t wait. Don’t tease. Now,” she said. “Show me now.”

He lay between her parted thighs, his erection velvety and thick and so much hotter than the water, or her own need. Back arched, she reached up to him and led him in. Her gasp followed his, encouraging him to plunge into her. Thighs locked around his waist and hips rocking against his, she took him deeper. With him buried inside her, she rolled, pushing him over onto his back. He urged her up so she straddled him.

“I can take as long as I like to show you.” She grasped his biceps for support and very slowly pulled herself up his length inside her, enjoying the rampaging sensual fires within. Once she reached the crest, he helped her down again with a forceful push on the curve of her hips. He filled her with such speed she gasped, moaning, then rubbed the juncture of her thighs against his groin and urged her upward.

Again she rose to his tip, and he thrust her body into his rolling hips. Little whimpers broke from her, for with his steady grip, he increased the vigor of her actions, made her go faster. The blaze inside her spread, warming her through, sending her throbbing into a frenetic dash for fulfillment.

His panted breaths and eager smile matched hers as she slammed herself down hard on him. Their pace combined, accelerated. She tore great gulps of air into her lungs and screeched them out in pleasure.

The sky spun. He’d rolled her beneath him, and the shift in position, the feel of his weight and flesh driving into her, pounding her clitoris goaded her over the edge. Delight exploded through her taut muscles, delicious waves of fiery bliss took her, soothing her initial craving, awing her with his sheer power. She trembled with the pulses racing inside her and in a rush of heat, slick moisture pooled again. She rasped out, “Oh, God, more! I want all of you.”

He continued to thrust into her, giving her no respite from the giddy heights. Her cries became an incoherent stream as he lifted her up and she arched back until she writhed on the polished stones beneath her shoulders. Rapture took her away, stole her breath. His hoarse cry came and the dam of his release broke inside her, sparking another orgasm to convulse her.

Ripples of contentment eddied with each twitch he made resting on top of her, his chest heaving. “Ah, my woman, never has a man of the sea been loved so well.” He found her mouth with his and kissed her. As the thrills faded, she clutched him tight, letting her sweaty, damp skin memorize each and every sensation of him this close, still warm within her.

Bio: Daisy Banks is from the Black Country, the heartlands of the Midlands in the UK. She is proud to count as her ancestors the people who lived in the narrow, blue-brick paved streets, who delved for coal or worked metal. Daisy is married and now her boys are adults she spends time writing romance. Daisy loves traditional romantic songs and ballads, is interested in art and architecture, enjoys travel, and occasionally cooks a meal that doesn’t stick to the pan.

Do take a peek at the website to see my latest book Your Heart My Soul published by Liquid Silver books, and some of the other stories too. You can also find out more about me on my blog. 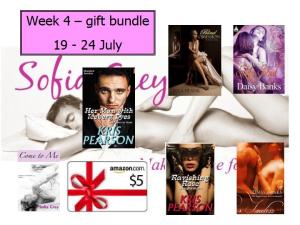 Please join me tomorrow, when I welcome Ella Frank to July Fever