July Fever has been a total blast. A different author every day and with a diversity of styles and posts to make every post a fresh surprise, but all things come to an end, and it’s good to go out on a high. Please join me in welcoming DB Reynolds to July Fever

I’m addicted to her Vampires in America series and when she launches a new book it’s cause for celebration. Not only do I get to tell you about her latest book (Hunted), but I’m also giving you an excerpt from one of my favourites (Jabril).

By the way, the next full length VIA novel, Aden, is due out in the autumn. Not long to go now 🙂

She’s giving away an ecopy of Hunted to one lucky winner. To enter the draw, simply leave a comment and your email address.

Summer isn’t a good time for vampires. The days are long and the nights are short. Most of them don’t mind the weather, though. My vampires come from all over the world, but they don’t always get to choose their weather. Raphael comes from snowy Russia, but he hates the cold and chooses to live in sunny Malibu, California. Sophia grew up in the warmth of Spain and lived for decades in the sweltering jungles of South America, but ended up ruling Canada. No tropical nights there. But when it comes to vampires, there’s heat, and then there’s … heat.

And it’s worth noting for this excerpt that neither Raphael nor Cyn surrendered to that heat easily. 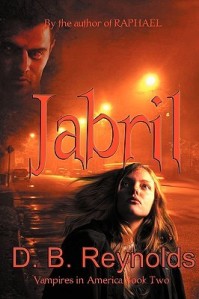 “Why did you call Duncan?” he asked.

Cyn blinked, surprised out of her contemplation of his masculine perfection. “What?”

He spun with an uncanny grace that made every movement seem like a dance. “Why Duncan? Did you think I wouldn’t help her?”

“Then why call Duncan?”

She didn’t want to answer that question, didn’t want to admit how much it hurt to talk to him, to see him standing there studying her with eyes as silver as the low moon on the ocean outside. “It’s getting late, isn’t it?” she said. “Don’t you need to be back at the estate?”

He smiled, amused at her clumsy change of subject. He crossed the room, coming close enough that she could smell the light, spicy scent of his aftershave, could see the slight press of his fangs against lips that she knew for a fact were amazingly soft. “Worried about me, my Cyn?” he murmured.

She closed her eyes briefly against the urge to close those last few inches and bury herself in his arms. “I’m not yours,” she whispered desperately. “I’m not anyone’s.”

Raphael reached out to tangle his fingers in a lock of her hair and tug her closer. His nostrils flared as he drew a breath. “He touched you.”

“No,” she objected, before remembering the clingy sensation of Jabril’s casual touch. “Just my arm, I didn’t want—”

“I should kill him for that alone.” His mouth was against her skin, his breath warm against her temple, and she couldn’t remember when he’d gotten so close. Soft lips nibbled down her cheek to her waiting mouth. She whimpered a weak protest when his mouth closed over hers, when his arm wrapped around her back and pulled her against the solid length of his big body.

There was nothing of romance or seduction in the kiss. It was hard and demanding, hunger and need. Fangs ran out, nicking her tongue, and Raphael hummed with pleasure as her blood flavored his mouth. She pressed herself against him, needing to feel his arousal, to know he wanted her as much as she wanted him. He lifted her off her feet, letting his fangs sink deeper into the softness of her lower lip, and growling when the warm blood began to flow. The feeling brought a rush of desire, and Cyn twined her arms around his neck, threading her fingers through his short hair. She bit him back, pressing her human teeth into his soft mouth, reveling in the taste of his blood in turn, feeling a surge of ecstasy as it slid down her throat.

Raphael cupped her ass in one hand and brought her leg around his hip, grinding his erection into the cleft between her thighs. She cried out, wanting him more than life at that moment, wanting to feel his weight pressing her down, spreading her legs and plunging his cock deep inside her, hard against soft, satin against silk.

And then she remembered Duncan telling her how vampire lords marked their human lovers. Cold reality washed over her.

“No!” She forced the word out. Her body screamed in anger, eager to fuck him. And her heart broke once again as she pushed him away. She chose the anger over the grief, gathering it up and shoving both hands against his heavy chest. She stumbled slightly when he let her go. “Why don’t you just tattoo your name across my fucking forehead!” she snarled, wiping their mingled blood from her mouth with one hand.

Raphael reached out impossibly quick and snatched up her hand to lick the blood away with a sensuous glide of his tongue. He stepped back, licking his lips and staring at her, his eyes hot with desire, letting her know how good it tasted. “If I had known you were going to Texas,” he said silkily. “I would have.”

He drew closer once again, his breath mingling with hers as he stroked a finger down her cheek to rest against the big vein her neck. “Tell me you don’t want me, sweet Cyn,” he murmured. “Tell me, and I’ll leave you alone forever.”

She sucked in a hard breath, shocked at the idea of never seeing him again. “Go away, Raphael. It hurts me even to look at you.”

He dropped his hand and drew away from her. Something very like pain flashed in his eyes before it was quickly shuttered and replaced by his usual carefully blank face. Cyn felt a momentary regret for hurting him, chased by a surge of disgust that he could still manipulate her so easily.

“Your Mirabelle needs to present herself,” he said flatly. “This is my territory, Cyn.”

He smiled, once again the image of confident arrogance. “Call for an appointment. How else?”  He spun around and swept up his coat from the back of her sofa. “It’s nearly dawn. I have to run.” Before she could stop him, he’d grabbed the front of her shirt and pulled her against him for a hard, quick kiss. “Until later, my Cyn.” And he was gone, no more than a blur of movement, out the front door and down the outside stairs before the door had even swung closed.

Power, it comes down to this… those who have it, those who want it.

Revenge, the need for it is a fire in the soul, a goad for the unwise.

Hunted, the fate of the foolish when they think to become the hunter.

The Lord of the Midwest is dead, and the powerful vampires of North America are gathering to choose his successor. The Vampire Council will be there to oversee the competition and to keep the violence to a bloody minimum, including Raphael, who will do whatever it takes to ensure the victor is a vampire he can trust. But someone is determined to stop Raphael and his mate, Cyn, from ever reaching Chicago, a hunter who may soon become… the hunted.

D. B. Reynolds is the award-winning author of the popular Vampires in America series, as well as other paranormal fiction. She lives with her husband of many years in a flammable canyon near Los Angeles, and when she’s not writing her own books, she can usually be found reading someone else’s. 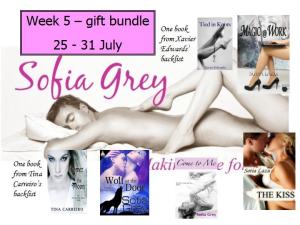 Thank you to everyone who took part in July Fever. You are all truly awesome