Go check it out… Read it…. and fall in love with Michael Monaghan…. * swoon * 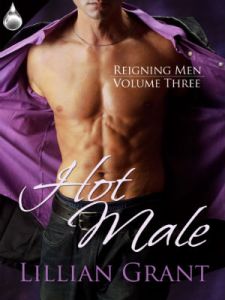 One man. One sensual dance. One night only to prove his love.

Years ago, Maggie tried to seduce Michael Monaghan, only to have her efforts rebuffed. Now she’s older, wiser, happily in love with Sam Stephens, and determined to keep her distance from Michael.

Michael Monaghan, hot male stripper, has all manner of women falling at his feet, except Maggie. All he can do is watch from afar as Sam Stephens wins the heart of the one woman he really wants.

Now there’s trouble with a capital T! Maggie’s Great-Aunt Maud has run off to Ireland with Michael’s Uncle Declan. Maggie needs to get to Aunt Maud and talk some sense into her before Declan’s gun-toting wife catches up with them. With Michael and Maggie off to Ireland together, Sam isn’t about to be left behind.

Tracking down the runaway lovers is complicated by the coldest winter in Dublin in years. With Michael, Maggie, and Sam stuck in a house with only one bedroom, simmering sexual tension starts to boil over.

Michael wants Maggie. Maggie isn’t sure what she wants. Sam just wants to punch Michael in the nose.

Two’s company; three could be something else altogether.

Check out Michael’s very own blog for all the gossip 🙂