I’m thrilled to be handing over my blog to Allyson Lindt for the next 2 days. I absolutely LOVED her first Bits & Bytes novel, Conflict Of Interest (see my review HERE) and so I’m unreasonably excited to be hosting her for the prequel, Holding Her Close.

Everyone who comments will go into a draw for a copy of Holding Her Close. 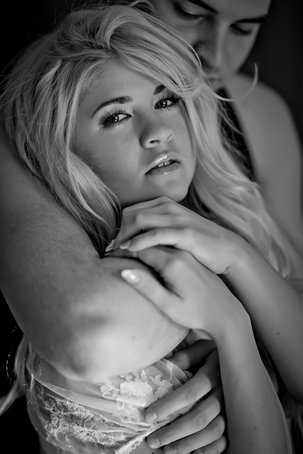 I still remember my first crush. I was in fifth grade, in a new school, and not doing the best job at making friends. He was kind, willing to play tetherball against me, and had gorgeous brown eyes (I’ve always been a sucker for brown eyes).

I had saved up my babysitting money and bought a cheap li’l film camera (because I’m old enough we didn’t have digital cameras back in my day), and I would bring it to school and sneak pictures of him (which is kind of stalker creepy looking back, but it seemed all right at the time).

We never made it further than some light flirting. In junior high it almost became more, but I think junior high is hard on everyone, and he became friends with the stoners while my friend were the nerds and geeks the stoners beat up.

Still, there are some fond memories there.

In Holding Her Close, Rae has never forgotten her first love. Or the way they broke up, and how deeply she let herself get lost in Zach, and defined herself by him back in high school. It’s tainted every relationship since.

Their worlds have collided again, and she’s determined to prove to him and herself that she’s not that same, love-struck little girl any more.

This was anger, it wasn’t attraction. “This is exactly why I avoid you,” Rae said.

Zach tilted his head, bringing his face closer. “I thought you weren’t doing that.”

“Yeah. I am. Happy?” Stupid hormones, making her want to close the gap between them. Taunting her with memories of when things were good between them. The heat, the taste of his kisses. Stupid imagination. “I’m avoiding you because it’s really rare I’m in the mood to be poked and prodded at until I snap. Go figure.”

“But you expected it.”

Yeah, she had. What did he want from her? “And you’ve proven me right. Fantastic all around.”

“I wish I hadn’t.” The emotion was gone from his face.

His eyes softened. “I don’t have a problem with you being right, I was just hoping we could have a normal conversation for once.”

She didn’t know what to say. He was all over the board, leaving her head spinning, and none of it was erasing her desire to rise on her toes and kiss him.

He tucked a strand of hair behind her ear. Her neck went stiff. She wasn’t going to sink into this. He was a master of manipulation, and she had learned a long time ago she didn’t need that in her life.

His thumb brushed her cheek. “It was cruel. I’m sorry.”

“Did you just admit to being wrong?” It took the last of her restraint to keep the joke in her question and the waver out of it.

She couldn’t help her smile. A couple more inches. A tilt of her head and she’d be leaning on his hand. A shift in another direction and they’d be kissing. She just had to step in and rest her palms on his chest. She licked her lips.

His smile grew and he leaned closer.

She stepped back, breaking all contact and putting several inches between them.

Since that first crush I’ve gone through second, third, and many others, and in the end I’ve found my one true love.

Do you remember your first love and have you ever wished for/gotten a second chance, or are you better off having moved on? Tell me about it in the comments and be entered to win a copy of Holding Her Close. 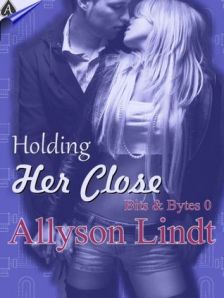 When heartbreak and betrayal define a billionaire playboy’s past, the last thing he needs is to fall for the one woman who can save his company. Holding Her Close is a sexy, contemporary romance about first loves and second chances.

Zach is haunted by ex-girlfriends. The day his fiancée dumped him she also sold her shares of his multi-billion dollar corporation. On top of that, the girl who broke his heart in high school — the only woman he’s never been able to forget — is back in his life. She’s filling his business partner’s head with delusions of recovering from the hostile takeover, and haunting his most vivid fantasies. But he’s got a plan to solve half the problem: one night together and they can put the past behind them.

It’s been years since Rae talked to her high school sweetheart. But running in the same circles — her best friend is his business partner — has caught up to her. Rae is seeing Zach everywhere, including her explicit, rampant imagination. When he proposes a single night together for closure, she hopes it will be just what she needs to move on.

The past and the present intertwine as “Just this once” becomes “Just one more time.” Especially when Rae discovers the solution to Zach’s business problems. Can he trust her enough to risk his heart and livelihood a second time, or will experience convince him to walk away from everything?

Allyson Lindt is a full-time database developer, and a fuller-time contemporary romance author. She was lucky enough to marry her muse and soul mate. Their cats are their children, and when they’re not spending way too much time gaming, they’re building new worlds together. She loves a sexy happily-ever-after and helping deserving cubicle dwellers find their futures together.