She’s giving away a $10 Amazon giftcard, to one lucky winner. To enter the draw, simply leave a comment and your email address.

Thank you Sofia, for inviting me to participate in July Fever, it is an honor to be included among such esteemed company. 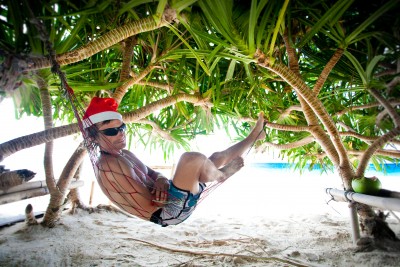 Today I’m going to talk to you about Christmas in July. July—but Christmas is in December, you may very well exclaim. So let me explain.

I was born, raised, and still reside in the wonderful country of Australia. Now, as many of you would know, Australia was colonized by the British, with the First Fleet arriving here on the 26th January, 1788, so you see many of our ancestors were from England, and as such we have many English customs and traditions. Christmas lunch is one of them, which brings me around to why Christmas in July?

Christmas, as we know is celebrated in December, and for most people visions of decorated trees, cozy fires, delicious hot lunches, and a gentle snow falling outside come to mind when we think of Christmas. Not so in antipodean lands, for us Christmas falls in summer, and a line from Dorothea Mackellar’s celebrated poem—My Country, immediately springs to my mind—I love a sunburnt country…

It is an apt description as Australian summers can be very hot and harsh, so some families now are dispensing with tradition and serve a cold Christmas lunch. Prawns, lobsters, and salads are becoming popular, and many families also celebrate with a trip to the beach.

Me, I’m a traditionalist. Even in 104f degree heat my mother always served a traditional hot Christmas lunch with roast pork, turkey, ham, roast veggies and all the trimmings finished off with an array of desserts including plumb pudding topped off with brandy custard. I think Mum would have had a mutiny on her hands had she served up seafood and salads!!

But as my brothers and sisters married and the family expanded we could only all get together for Christmas every other year, so one of my very bright siblings suggested we follow a growing trend and do Christmas in July on the off year. We all agreed it was a great idea.

We take turns hosting the event, and even put up a tree and play carols. We don’t decorate the house with colorful flashing lights etc like we do in December, but the table is set with all its finery, and the whole traditional lunch is provided, and the atmosphere is wonderful. There’s no snow where we live, but it gets quite cold, so we do have a cozy fire to sit around where after lunch we tell stories and reminisce and enjoy an eggnog or two! Ah Christmas twice a year—what could be better than that!!

Find out what happens when a career-driven, cocky Navy SEAL meets an old-fashioned good girl looking for love in all the wrong places. Intrigue, kidnapping, and danger await you in Layne Macadam’s explosive tale of desire unleashed.

When schoolteacher Kathy Bellamy moved from Louisiana to Coronado, she didn’t expect her secret dream, or her worst nightmare, to become a reality.

Confirmed bachelor and relationship cynic, Shane Jackson has no room in his life for a permanent woman. Temporary liaisons are all he is up for. Cocky and self-assured, he believes he can pick a like-minded player at a glance. So when he discovers Kathy is the complete antithesis of what he believed her to be, he is thrown into a tailspin. Before long, and way out of his comfort zone, he finds himself knee deep in a relationship he can’t quite seem to end.

Kathy longs for a fairytale romance, an old-fashioned girl saving herself for the right guy. But, after one date with Navy SEAL Shane Jackson, she trashes her values and willingly tumbles into the sack without a thought for the consequences. Now, Kathy’s love life will soon become the catalyst of a nightmare. When she throws caution to the wind and acts out of character, her actions are seen as a betrayal by her stalker, a betrayal that demands retribution in blood. Abducted at knifepoint and taken to a secret location, it’s up to Shane, the ultimate predator, to find and rescue her before it’s too late!

When she heard Liz call, Kathy’s shoulders stiffened. Mentally preparing to face the brute with the foul mouth, she pasted on a happy face and marched into the sitting room.

The first view of her illustrious neighbor was of his back. He was facing away from her, but at the sound of her footsteps, he turned and Liz made the introductions.

Kathy’s head was at chest level. He was tall, very tall. She raised her eyes to meet his, and when she did the prepared greeting died in her throat. Oh. My. God. It’s Adonis. Her heart did a back flip. Her brain short-circuited. She felt like she’d been sucker punched.

A quirky little smile lit his face as he extended his hand. “So nice to meet you at last Kathy.”

The soft baritone voice cut across her turbulent thoughts and was a seduction of the senses. The nanosecond she left his hand suspended in midair won her a discreet elbow in the ribs from Liz.

“Nice to meet y’all too, Shane,” she said, her nervousness making her drawl more pronounced. As she put her hand in his, electrical pulses shot up her arm. The unfamiliar jolt caused her to pull away in surprise, but she held his gaze.

With her heart fluttering, but with no sign of recognition in his deep blue eyes, she breathed a silent sigh of relief and took the bottle of wine he handed her.

“Perfect, I’ll just get the opener and wine glasses from the kitchen,” Liz offered.

“No, no,” Kathy interrupted. “I’ll get them. I need to check on dinner anyway. Would you prefer wine or beer?” She directed the question to him.

“A beer would be great.”

Kathy skedaddled. She’d absorbed every itty-bitty detail and wanted to process it with breathing space. He was even more phenomenal up close. His size alone commanded respect. His ocean blue eyes edged with ebony lashes held such depth she was in danger of drowning in them. His chiseled jaw, strong and defined with a slight cleft in the center, softened his features and gave him an almost boyish charm. A small white scar, half an inch long, ran perpendicular to his bottom lip and a dimple formed in his left cheek when he smiled. The glaring black and purple bruise on his forehead just above his right eye was incongruous with the rest of his appearance but didn’t dull his good looks; if anything, it made him more bad boy sexy appealing. As she got the drinks and picked up the fruit and cheese platter, she asked herself whether this was what love at first sight felt like.

To say he was gob-smacked when she’d entered the room was an understatement.

Heck, he felt like he’d been slammed by a Mack truck. Miss Bellamy was no gray-haired spinster but his fantasy girl, Doe Eyes. The gods at last were smiling on him.

She was even more bodacious up close. Words like ravishing and delectable sprang to mind. She had lips that begged to be kissed and come-to-bed eyes, liquid brown with thick black lashes, but she’d stared at him like he was the devil incarnate.

Ice realized that the sight of him had her rattled. Hell, he was a bit rattled too. He wanted things to get off to a smooth beginning, didn’t want to spook her, so decided to play it cool and feign ignorance. His plans of a quick retreat flew from his mind, and his attitude did an about face. This was turning out to be one hell of a night.

“This is Cindy, the cause of last night’s kerfuffle.” Liz butted into his thoughts.

“How could such a little dog make such a commotion?” he muttered reaching down to scratch his new best friend behind the ears.

“Beats me, as I said before, I didn’t hear a thing. Have a seat Shane.” Liz indicated the single armchair as she slid onto the sofa.

Ice folded himself into the chair as Kathy re-entered the room.

“Help yourself,” she said, placing a platter on the table and handing out drinks before taking a seat next to Liz.

He didn’t miss the underlying meaning and gave her a wicked grin. As she picked up her wine and sipped it coquettishly, he cut a wedge of cheese from the platter, washed it down with his beer, and wondered just how long it would be before he got into her pants.

I live with my husband, two dogs and a cat on the beautiful east coast of Australia. I have a full-time job with a degree in history. I’ve always been an avid reader, and I love a happy ending, so writing romance seemed a natural progression for me. But as I sat at my computer staring at the screen it all seemed rather daunting. Once I started tapping on the keys though, the words kept flowing and before I knew it I had written my first book.

I write contemporary romance and sci-fi. I am currently working on Desire Denied book 2 in the Desire Series. I have ideas for an historical romance in the future, and with thoughts of a wolf shifter germinating in my head and a paranormal romance is not outside the realms of possibility either.

When I’m not writing you might find me in the kitchen creating culinary delights, but of course some dishes work out better than others!

I guess my love of history has fueled my other passion which is travel. I have been fortunate enough to have seen lots of this wonderful world we live in and on my web page you can share some of my experiences and pictures.

Please join me tomorrow, when I welcome Daisy Banks to July Fever