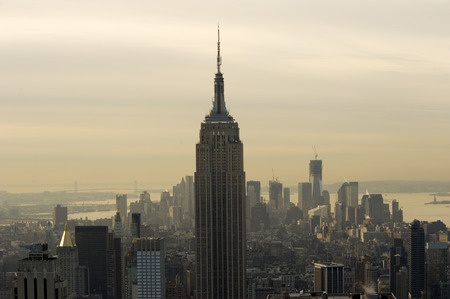 Sexy To Go vol. 8 will be out in a few days, and includes the conclusion to the Charlie & Daisy mini-series of short stories. If you haven’t read any of them yet, they also read as standalones. Like dark chocolate and cherries though, they work best together 🙂

Here’s a snippet of To Have And To Hold (A Charlie & Daisy story).

Daisy feels like she’s living a dream–engaged to the man she loves, and wearing a gorgeous ring as a reminder. But with the wedding planner from hell, and Charlie’s insistence they marry sooner rather than later, Daisy worries her happily ever after may be over before it even starts.

The Daily Mail online took ages to load, and I contemplated searching for another news channel, but then the headline popped up. We’d made the front page.

I giggled to myself. His press nickname summed him up so well. His stamina for partying was secondary only to his legendary performance between the sheets, skills I enjoyed all the time now. The pleasant ache between my legs was proof of that.

The page loaded some more with a stock photograph of Charlie. His spiky, bleached hair made him stand out from any crowd.

Charlie Jones, guitarist from sell out rock band Event Horizon, will soon be spending his nights in a new way. He’s following his half-brother’s footsteps and starting his own family. Welcome to all night nappies, Charlie.

Whaaaaaat? The breath jammed in my lungs. What the hell did that mean?

The page flickered, and then refreshed, a swathe of images all loading at once. Charlie and me in Tiffany, yesterday. Charlie holding my hand up to the press, and showing off my ring. An exceptionally unflattering shot of me at the airport, on our way out of Heathrow, Charlie standing behind me, hands resting on my stomach.

“Charlie claims to be thrilled at settling down. He’s not the kind of guy that would abandon his pregnant girlfriend.”

Pregnant? I wasn’t pregnant. I glanced down at my belly. Yes, I carried a few extra pounds, but Charlie claimed to love my curves. Christ. No wonder everyone was texting me.

I wriggled free from his embrace and sat up in bed, phone clutched tight, the story continuing to spill onto the page in front of me. According to one of his ex’s, a pointy-faced model called Gallina, I’d dug my claws into Charlie on the recent world tour, while I was nannying for AJ and Sylvie. He’d only broken off with Gallina when it became apparent that he’d knocked me up.

“He refused to consider an abortion,” announced Gallina. “He’s determined to do the right thing and stick with her, even if it’s a mistake. He’s so honourable.”

I couldn’t breathe. What on earth would my family be thinking? I had to tell them it was all a pack of lies. I’d met Gallina once, at a night club, and I don’t think we’d even spoken. She’d taken this nonsense and spun it into a news story.

At that point, I should have stopped reading, but like a train wreck, my eyes were drawn to the words on the page. I followed the links to the related stories. Why did I do it? Somebody had started a poll for how long Charlie would stay with me. Another writer speculated how far along I was. A bitchy columnist sneered at my lack of fashion sense, while another wondered how soon Charlie would be seeking a distraction from his new responsibilities.

He loved me because I wasn’t a stick-thin model with no interest in anything beyond the media. The fact that he’d never stayed with any girl for longer than a night, should have made me happy. It was proof I was different. That I meant something.

Leopards don’t change their spots. He’ll get bored soon, and then watch out, New York. All Night Charlie will be back.

It was rubbish. Every last word of it. Wasn’t it?