In A HANDFUL OF WOLF, Sasha makes his hangover remedy for Megan. It consists of a bacon sandwich and a smoothie. Here’s how he makes it. 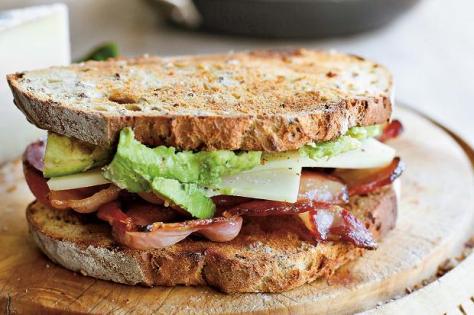 1 Heat a large frying pan over a medium-high heat and add a scant trickle of oil. Add the bacon and cook for a few minutes on each side, until crispy. Drain on crumpled kitchen paper.

2 Roughly mash the avocado flesh, and add a shake of pepper.

4 Assemble the sandwich: spread the avocado on the toast, top with slices of tomato, rashers of bacon, and final slice of toast. 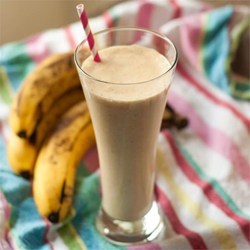 Blend together until smooth. Enjoy!

P.S. It’s not only Sasha who believes in the hangover-healing properties of the bacon sandwich. A group of students from Newcastle University conducted an official study into it: http://www.telegraph.co.uk/news/science/science-news/5118283/Bacon-sandwich-really-does-cure-a-hangover.html

Excerpt from A HANDFUL OF WOLF

Megan hesitated and then fiddled with her hair. “I didn’t feel like eating.”

“Give me ten minutes and I’ll whip up my patented hangover remedy for you.” He knew his way round the contents of the fridge and larder. He was confident he could feed her. “If it doesn’t work you can claim a forfeit.”

Amusement sparked in her eyes. “And what would that be? A kiss? You’re totally transparent, Sasha.”

He held the roses to his chest and adopted a wounded look. “That’s harsh. I was thinking you could ask me anything, and I’d answer. Anything at all.”

“The truth, the whole truth and nothing but the truth?”

“Sure you’re not a lawyer?” He could tell her bad mood was lifting and knew he had to capitalize on it. “It’s a deal.”

Fifteen minutes later, Megan sat at the heavy scrubbed pine table in the kitchen, sipping a banana smoothie, while Sasha fried bacon and assembled a club sandwich with sliced tomato and avocado on toasted wholegrain bread. Thankfully they hadn’t been disturbed and he had her entire attention.

“This smoothie is divine. What did you put in it?”

He flashed her a smile over his shoulder. “Banana, yoghurt, honey and milk. And a spoonful of peanut butter. The bananas and yoghurt will settle your stomach while the peanut butter adds protein.” He fished the last piece of crispy bacon from the pan, switched off the hob and assembled the sandwiches, one each. “Bacon sarnie a la Sasha. The perfect hangover cure.”

Her smile warmed his heart. “I have to ask. You’ve had a lot of hangovers, if you’ve had time to perfect a remedy?”

“I spent six years at uni. Bachelor’s degree took four years, then another two for my Masters. I had my own stool at the student bar.”

“That’s a lot of bacon sandwiches.” She took a cautious bite, then a bigger one and made a thumbs up sign. “This is really good. Thank you.”

He attacked his own food, but derived more pleasure from watching his Mate eating. She had crumbs dusted over her chin and he longed to kiss them away. Slow down, Sasha. She needs time to trust you again.

A HANDFUL OF WOLF – available from Amazon 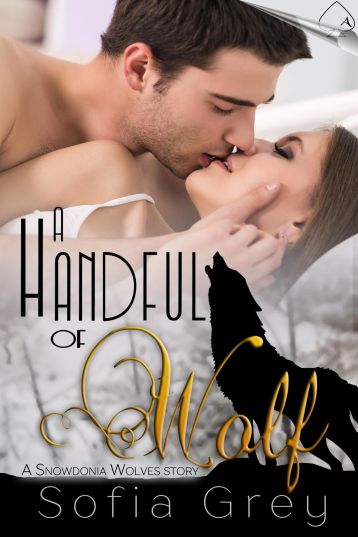 Sasha’s not a looking-to-the-future kind of guy, but he’s made an exception with his plans to travel and meet lots of pretty girls. Too bad his Pack Alpha, fate, and reality have other ideas about his trip abroad. He’s pretty sure he didn’t sign on to be a diplomat for the Snowdonia Wolf Pack. Or to find a Mate. Especially not a human Mate.

Megan knows better than to let a sweet-talking charmer get under her skin, but Sasha’s sexy playfulness is making her forget all her rules. Except one: she’s not willing to risk her heart by falling in love. The gorgeous boy from Wales can only be a fling, especially since her over-protective brothers hate him on sight.

In the midst of a wolf uprising, a hesitant Mate, and Megan’s complicated family ties, Sasha learns that sometimes impulsiveness is dangerous and even lethal. Can he show Megan why they belong together before it all comes crashing down around him and he loses his Mate forever?