This is the core question in my latest romantic suspense book, released today. Shattering the Trust is the third book in the Event Horizon series, but this time it’s set in New Zealand. A country frequently shaken by earthquakes, and one only too aware of the risk they pose.

This series revolves around a technology conglomerate, TM-Tech, and in this release, we have a number of key employees hosting a conference in Wellington, NZ. One of them, Juli, has developed a piece of tech which is about to be used for all the wrong reasons.

I’m fascinated by Tesla, and his brilliant mind, and the legacy he left behind. One thing’s for sure, I’ll be digging into more of his creations later in this series.

Here’s a sneak peek, to whet your appetite:

“As well as the marketing conference, I’m touting for new business with a cutting-edge technology outfit, LindenCore. Juli’s developing a prototype power-conversion unit. In essence, it produces immense amounts of energy for its size. What makes it special is the rate of conversion—almost ten times more output than previous units—and the power-to-weight ratio. Juli is here to demonstrate the sample units and to answer the technical questions.”

“What can it be used for?” Jack asked.

Jordan shrugged. “It has multiple uses. Anywhere you want a rapid shot of power for a small footprint. Motive technologies, robotics, and potentially weapon systems, although LindenCore aren’t in the arms game.”

“Yanni is, and he wants something from Ms Pascal. We’ll have to assume it’s her technical expertise,” said Jack. “I suggest she moves in here and stays as part of Alex’s entourage.”

Alex nodded. “That’s fine with me. Are you okay with that, Jordan?”

Her boss frowned. “Wouldn’t it be safer for her to go home?”

The anger that prickled in Juli’s veins was energising after the shock and fear. “Excuse me. I’m still in the room. Would you mind not talking about me as though I’m not here?” 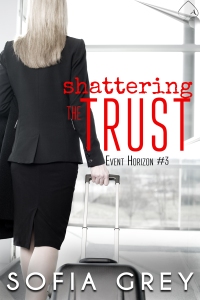 If she trusts the wrong man she could wind up dead

Juli’s business trip to New Zealand should be awesome. Throw in front row tickets to see her favourite band while she’s there? Perfect.

That’s before she learns she’s in danger from a terrorist splinter cell. She has information on a new technology, and they want it, at any cost.

Falling for one of the band’s bodyguards should make her feel safer. But the one man she needs to trust hasn’t been honest about who he’s really working for.

If Juli can’t separate the truth from the lies, her technology will get turned into a potent weapon, and the world will pay the price.