I’m a huge fan of Laura Kaye’s work and I’m super excited to welcome her to July Fever. Excuse me one moment while I run around and squeeeeee in delight * grin *

I asked her for a quote to conjure up July Fever and she said:

“Just the smell of summer can make me fall in love:)

Kinda appropriate since I fell in love with my husband during one of the most fun summers of my life :)”

For a bit of fun, Laura’s provided a suitably feverish image and would like YOU to come up with a caption. Every who leaves a comment or a caption will go into a draw to win a copy of Laura’s latest book, South of Surrender. I’ve read it and it’s an enticing and enthralling read 🙂

So heres the picture: 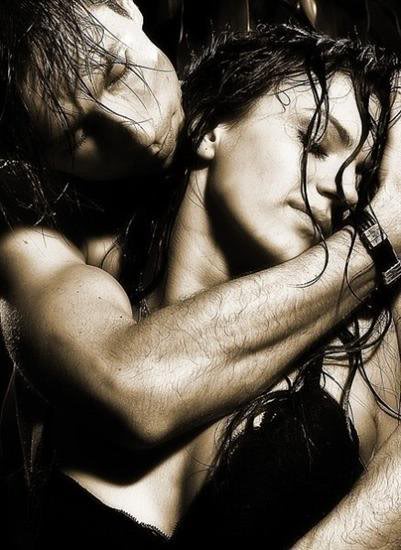 What do YOU think he’s whispering in her ear? Remember, everyone who comments not only has a chance to win a copy of South of Surrender, but also goes into the Weekly Prize Bundle.

To whet your appetite, here’s an excerpt from South of Surrender:

“Stop it, Laney. Just stop.” He hated the gruffness of his words, but couldn’t control it.

Her jaw dropped open. “What?”

“Stop…”He tugged his fingers through his wet hair. Tempting me to give in. Tormenting me with things I can never have but want so desperately I can’t breathe. Desire and regret lodged a knot in his throat.

A range of emotions played over her face. Hurt. Rejection. Anger.

“Stop,”he said again, bracing his hands against the walls to restrain the urges her words were letting loose, heartfelt urges that warred with every bit of his common sense.

She pushed closer, her legs skimming the insides of his spread thighs. “I can’t stop. I wouldn’t want to even if I could. I lo—”

He lunged for her and claimed her in a devouring, soul-stirring kiss. He knew what was about to come out of her mouth, because she was wearing the emotion on her face, in her eyes. He just couldn’t hear it. He wasn’t ready for it. He might never be ready for it because he wanted to hear the words so damn bad.

Laney moaned into the kiss. Cradling her face, he drew her in closer, plundered her mouth thoroughly and deeply with his tongue. He poured every bit of suppressed longing into the kiss until she was swaying, jostled by the flowing, bubbling water. She stumbled and threw her arms out for balance. But what she didn’t do was try to touch him.

As if he didn’t already care more than he should, at that moment he felt what only could be called love for Laney Summerlyn.

Chrysander Notos, Supreme God of the South Wind and Summer, is on a mission: save Eurus from his death sentence and prove his troubled brother can be redeemed. But Eurus fights back, triggering vicious summer storms that threaten the mortal realm, dangerously drain Chrys, and earn the ire of the Olympic gods who ordered Eurus dead.

Laney Summerlyn refuses to give up her grandfather’s horse farm, despite her deteriorating vision. More than ever, she needs the organized routine of her life at Summerlyn Stables, until a ferocious storm brings an impossible—and beautiful—creature crashing down from the heavens.

Injured while fighting Eurus, Chrys finds himself at the mercy of a mortal woman whose compassion and acceptance he can’t resist. As they surrender to the passion flaring between them, immortal enemies close in, forcing Chrys to choose between his brother and the only woman who’s ever loved the real him.

Buy South of Surrender at AMAZON

Here’s a reminder of the weekly prize bundle 🙂